My new Marvel project comes out this week. It’s a 3-chapter event that will be initially released as a Marvel.comic. The story is 22 pages in length, each chapter being around 7 or 8 pages. Marvel will release each chapter throughout January, (on a Wed.) starting this week, Jan. 12th. The Decoy is a team up book, with Deadpool and Wolverine.
I know that the story will eventually see print, I just don’t know when, yet. That info will be shared when I have it.
I am very excited about this project for a few reasons…
1) It’s a web comic (initially.) Digital publishing is increasingly looked at as the frontier for print media, and the ipad is the major vehicle for this movement. I like working on something progressive and forward thinking. Don’t get me wrong, I LOVE print, but we need to find deeper avenues for future readers.
2) I got to draw Wolverine. That’s just awesome; I don’t think I need to explain why…do it?
3) This book marks the end of my introduction to working for Marvel comics. I came into Marvel drawing Deadpool. For the past few years, I’ve worked exclusively yon Deadpool projects as I developed my style and gained fans. As I move forward, I am moving away from Deadpool, for the near future at least. Deadpool was a GREAT character to come in on. The character allowed me to work towards my strengths as an artist while further developing my style. Now, it’s time to move on. As much as I love Deadpool, I don’t want to get pigeonholed or typecast. So, I’m excited to move forward with different characters, where I can continue to develop my style and explore new artistic challenges.

The original art for this story, and ALL of my other books can be found at Cadence Comic Art.

Stop by, not just for my art, but all the great artists represented there.

My next project is a mini series, which I am VERY excited about. I’ll talk about it more when I can. Until then, stay tuned and keep and eye on my posts. The Mini series is tentatively scheduled for a Halloween release. Which is great, thematically, it’s a perfect time to release this book. Thanks for the continued support everyone out there in interland.
Posted by Shawn Crystal at 10:57 AM

Shawn,
This cover "reads" well even when small - I wasn't sure what I was seeing but I was still very intrigued. As I got the larger verson up I was not disappointed. The translucent effect on the robot kept the visual interest going!
Congrats on keeping it all together in what must have been a challenging introduction to the "big Leagues"! You do your friends and students and family proud with the not so easy task of balanceing it all out somehow:-)
Happy you are passing this milestone of transitoning to another book! Couldn't happen to a nicer guy!
Best,
-JG

Thanks Jonathan!
Thanks, Brian! 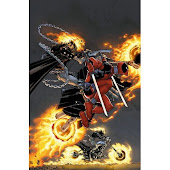 Includes "Good Buddies" by Stuart Moore and myself

Written by Stuart Moore, Art by me. February 3rd 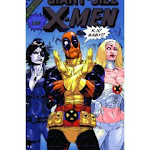 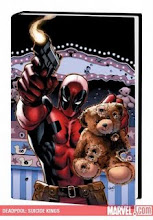 Games of Death also included, Written by Mike Besnon, art by me

"What Happens In Vegas..." By Duane Swierczynski and Shawn Crystal

Pencils and some Inks by me...

Pencils and inks by me